House of Hollow and The Shadowy Third Book Reviews 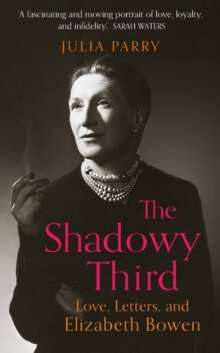 The acclaimed Anglo – Irish novelist Elizabeth Bowen expended some of her literary talent crafting ghostly short stories which explored the impossible, otherness and what lies beneath the veneer of reality.

One of her short pieces of fiction entitled ‘The Shadowy Third’ hints at a malevolent presence.

Julia Parry’s recent novel takes that title, The Shadowy Third, and puts a different interpretation on it, painting the picture of a love triangle unlike anything I have ever encountered. In Parry’s book, is Elizabeth Bowen herself the unwanted presence?

Upon the death of her uncle Julia is bestowed with a box of correspondence stretching from the 1930’s through formative decades. The correspondence, in the form of a series of letters, is between her grandfather, Humphrey House, his fiancé and ultimately his wife, Madeline and the renowned novelist Elizabeth Bowen.

The backdrop to these letters is a time of great change. In world politics, the shadows of Mussolini and Hitler are evident. The rights of women – when it was necessary to give up on your career when you married. The role of women in society, with third level education for women rare. And yet there are always exceptions to these rules.

Was Elizabeth Bowen an exception? Or perhaps it was Madeline herself who broke the mould. Anything is possible.

The weaving of this book is hinged on the letters, letters where memory and reflection, meaning and emotion uncover uncomfortable truths.

The Shadowy Third is an investigation of what it means to love, the reality of family, the bestowing of power and the beacon of the written word. 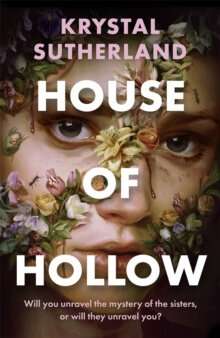 This dark, twisty novel by Australian Krystal Sutherland is the flipside of a fairy tale. Instead of a trail of bread crumbs for Hansel and Gretel to follow, there is a trail of carrion flowers, the stench of rot and the trepidation of death for seventeen year old Iris Hollow to follow, in an effort to retrieve her lost and somehow dangerous sister, Grey.

Iris and Vivi must track and reclaim what is theirs…the illusive catwalk queen and fashion designer, Grey Hollow. Yet is Grey what she seems? Is anything what it seems? The Hollow sisters are strange, have always been strange. Ever since their disappearance from a narrow alleyway in the old town of Edinburgh on the night of New Year’s, suspicion crowds them.

Iris has no recollection of that event, no memory except from the point of when she was found, a month after her disappearance, naked in the Edinburgh street, huddled with her two sisters, their hair inexplicably turned white, as if from fright.

The latest offering from Krystal Sutherland is descriptive, tainted of mystery, myth, fairytale and suspense. It is a vivid description of the macabre and sucks you in, like quicksand. I read this book quickly because the world it portrayed is so vivid, so pungent, I couldn’t put it down. If this does not send a chill up your spine then you might possibly be deceased.

Any cookies that may not be particularly necessary for the website to function and is used specifically to collect user personal data via analytics, ads, other embedded contents are termed as non-necessary cookies. It is mandatory to procure user consent prior to running these cookies on your website.